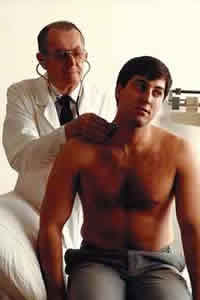 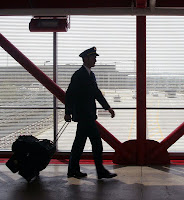 Most people know when it comes to being a commercial airline pilot, much flight experience is required to prove that the pilot can fly the plane safely in all types of environments like inclement weather and deal with a variety of situations they might encounter like an engine failure or another inflight emergency. The amount of experience is also there to give the traveling public the peace of mind that pilots can fly people safely without any real obstacles other than typical groundings due to weather, maintenance, and cancellations. But one in particular that is not so obvious maybe these days is the health requirements necessary. It's not an argument like whether steam gauges or the "glass cockpit/g1000" is better. It's simply about having a better overall standard for evaluating healthy or unhealthy activity by pilots in their times of duty and off duty.

I was on my way to China in the spring of 2008. I had a layover at McCarran International Airport in Las Vegas for nearly eight hours before the next flight out of the country. During some of the time I spent hanging outside the terminal to get some fresh air, I saw a couple pilots lighting up cigarettes. My first initial thought was "Why are they doing this to themselves not just as people, but as pilots?"

Ever since then, I've paid attention to flight crews coming and going. I've even had inner criticism against the ones who looked overweight and out of shape. As most of the flying public may or may not know, the more advanced ratings that pilots earn, the more demanding and frequent their trips are to see the FAA medical examiner. For instance, my main flight instructor holds and atp (airline transport pilot) certificate and a type rating on a business jet. For him and all the atp cert. holders flying corporately, or for the airlines, they undergo the strictest medical evaluations for flying such fast and complex equipment. They must get examined every six months with a full snapshot of their heart health through an ekg in addition for having to pass their checkride on their type of airplane bi-annually.

It is very important to maintain good mental and physical health to keep living your dream. You owe your good health not just to yourself, but to your family, friends and loved ones. What's more, you owe it to your passengers and fellow crew members. I want to know before flying somewhere that my pilot is fit to do the job.

On occasion, there have been some freak incidences where a pilot died in flight. One example was in the summer of 2009. The captain of a Continental Airlines flight had a heart attack and died in the cockpit while the plane was enroute to Newark, NJ from Brussels. The passengers did not know of it until they were in Newark on the ground so a mass panic would not occur while the plane was in flight. We can't know the date and time of our deaths. This captain's death sadly could not be prevented. But what I am saying is to do everything you can while you can right now to keep yourself fit and as healthy as possible to fly.

So that smoker who may have just passed his ekg and checkride really is not out of the dark just because he passed. He really should be looking to quit and get himself healthy. That obese pilot should be looking at how to lose weight. Both of these pilots should be looking not just at the short term as in, "I got this physical I have to pass," but should be looking at their health as a whole and into the future if they continue to live unhealthily.
Posted by Aviator's Column at 3:55 PM